An Ode To Consumption 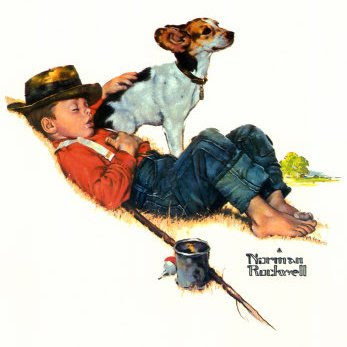 I think one of the biggest dangers with taking on a project like Create/Consume, or deciding to rearrange your life in order to get more 'serious' or 'productive,' is that you automatically assume anything that is antithetical to your goal is a waste of time.

I'm at the point with doing Create/Consume (and in case you're wondering, yes I'm still tracking all my time, and so far September is going better than August) where it has become automatic to reach out, pull out my iPhone and start the clock every time I'm about to doing something creative or consumptive. When I'm about to start writing or performing, I mentally give myself a little pat on the back, knowing that I'm being the productive person I aim to be. Conversely, when I pull out my phone to start tracking anything I count as consumption - usually TV or a video game, there's a small sense of disapproval that comes with starting the counter, knowing that every second that ticks by is a second I'm going further into the red.

On the one hand, this is a good thing, and the reason I started tracking in the first place. I want to be held accountable for my time, and before C/C I knew I was erring too much on the side of over-consumption. On the other hand, it's very easy to start equating 'relaxing,' or 'enjoying yourself' with 'wasting time,' and 'unproductive.' And that's a bad thing. Studies have shown that people equate time with money (the logical end point for this line of thinking) have a harder time enjoying themselves during leisure activities. Sounds pretty awful right?

When I was a kid, I was fascinated by the line between childhood and adulthood. I couldn't comprehend why people would ever stop wanting to be a kid. In my head actually pictured a machine on an assembly line that people (presumably aging teenagers?) would have to go through to 'enter' adulthood. I didn't know exactly what happened inside of the machine, but I did know that upon reaching the end of the assembly line, suddenly fun things like freeze tag and video games stopped being worthwhile pursuits. And now business meetings, exercise and proper diet were of the utmost importance, while watching too much television or eating a whole bag of Doritos was utterly shameful.

I never wanted to enter that machine. I wanted to be a kid forever. And guess what? I actually resisted hard enough that my dream sort of came true, for better or for worse. I spent my 20's not excelling at any career, but rather priding myself on having free time, being able to have fun, and having an active social life. My nights have never been filled with deadlines or late hours at the office, but rather the things I've chosen to fill my time with. Sometimes it's an improv show, or a night of writing. Other times it's time spent out with friends, or staying in watching four episodes of The Walking Dead in a row (in fact, that was just last night). And that definitely makes me happy.

Adult life is filled with responsibilities and work, and it's easy to see why over time people stop being able to really relax and enjoy themselves. I've been blessed (or cursed, depending on your perspective) with the opposite problem - I've spent a reckless amount of time having fun and avoiding certain responsibilities while ignoring what it takes to really pursue my passions. As I take steps like C/C to take my work more seriously, I've got to ensure that I never forget the joy that comes from a gaming marathon or a late night out with friends, whether or not the "clock" (literal or metaphorical) is running. Otherwise I'd be doing the child that's still inside of me - whose opinions on ice cream and superheroes are very much still valid - a terrible disservice.

So here's to finishing a full season of Breaking Bad in less than a week. Here's to hitting 100 hours in Skyrim. Here's to unapologetically wasting an entire afternoon on Facebook, Reddit, whatever, you name it. Here's to indulgence, the devil on our shoulder, the reward we rightfully deserve.

Here's to CONSUMPTION, the very important second half of the Create / Consume equation!

PS: Note that this post on the joys of Consumption just netted me about 45 minutes of Creation for blogging. Create/Consume is not without its loopholes.
Posted by Matt Shafeek at 2:40 PM